A logically and functionally independent page component, the equivalent of a component in Web Components. A block encapsulates behavior (JavaScript), templates, styles (CSS), and other implementation technologies. Blocks being independent allows for their re-use, as well as facilitating the project development and support process.

Blocks can be nested inside any other blocks.

For example, a head block can include a logo (logo), a search form (search), and an authorization block (auth).

Blocks can be moved around on a page, moved between pages or projects. The implementation of blocks as independent entities makes it possible to change their position on the page and ensures their proper functioning and appearance.

Thus, the logo and the authorization form can be swapped around without modifying the CSS or JavaScript code of the blocks.

An interface can contain multiple instances of the same block. 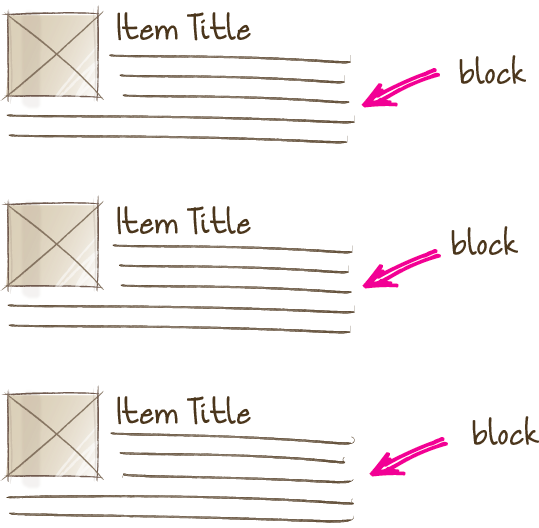 A constituent part of a block that can't be used outside of it.

For example, a menu item is not used outside of the context of a menu block, therefore it is an element. 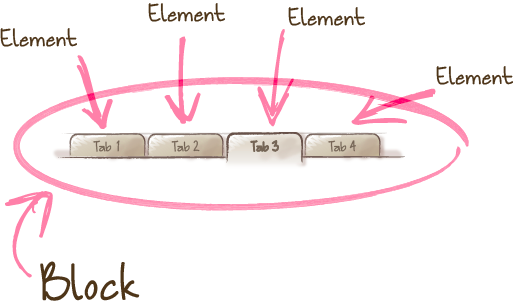 A block or an element: when should I use which?

Using elements within elements is not recommended by the BEM methodology

A BEM entity that defines the appearance and behavior of a block or an element.

The use of modifiers is optional.

Modifiers are similar in essence to HTML attributes. The same block looks different due to the use of a modifier.

For instance, the appearance of the menu block (menu) may change depending on a modifier that is used on it. 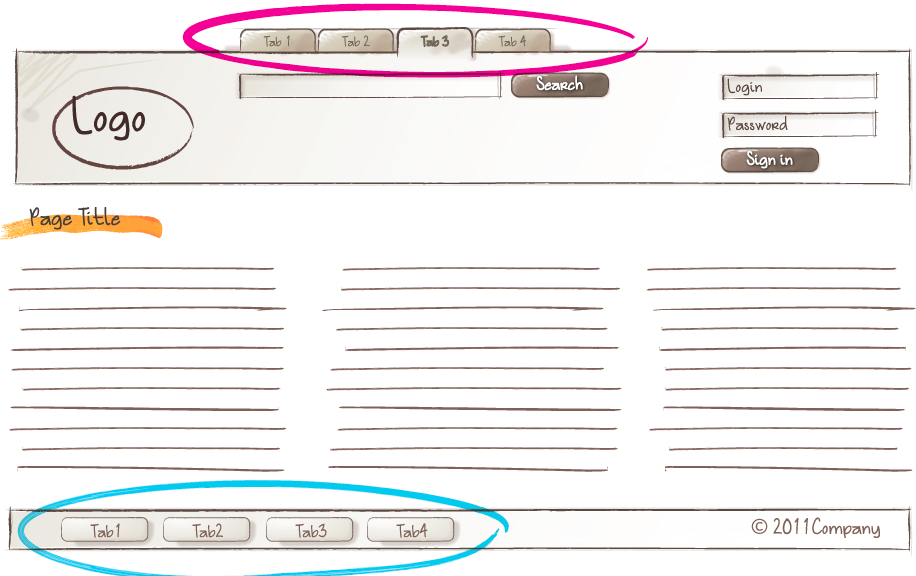 Modifiers can be changed in runtime (for example, as a reaction to a DOM event of the block), or via other blocks.

For example, if the wrong credentials are entered when a user clicks the Sign In button (the 'click' DOM event), the 'visible' modifier is set on a hidden block with error messages.

Blocks, elements, and modifiers are all called BEM entities.

It is a notion that can be used both to refer to an individual BEM entity and as a generic term for blocks, elements, and modifiers.

An instance of different BEM entities being hosted on a single DOM node.

Mixes allow us to

Let's consider the case of a mix comprising a block and an element of another block.

Let's assume that links in your project are implemented via a link block. We need to format menu items as links. There are several ways to do that.

A representation of a web page structure in terms of blocks, elements, and modifiers. It is an abstraction over a DOM tree that describes the names of BEM entities, their states, order, nesting, and auxiliary data.

In real-life projects, a BEM tree can be presented in any format that supports the tree structure.

Let's consider an example of a DOM tree:

In XML and BEMJSON formats, the same BEM tree will appear as follows:

A set of different technologies that determine the following aspects of a BEM entity:

A technology used for implementing a block.

Blocks can be implemented in one or more technologies, for example:

Modifying a block implementation by adding new features to the block on a different level.

A set of BEM entities and their partial implementations.

Any implementation technologies of BEM entities can be redefined.

For example, there is a third-party library linked to a project on a separate level. The library contains ready-made block implementations. The project-specific blocks are stored on a different redefinition level.